Want Your Teen to Stop Vaping? Tell Them What It Does to Their Teeth. - Greenspoint Dental - Houston Dentist
X

Want Your Teen to Stop Vaping? Tell Them What It Does to Their Teeth. 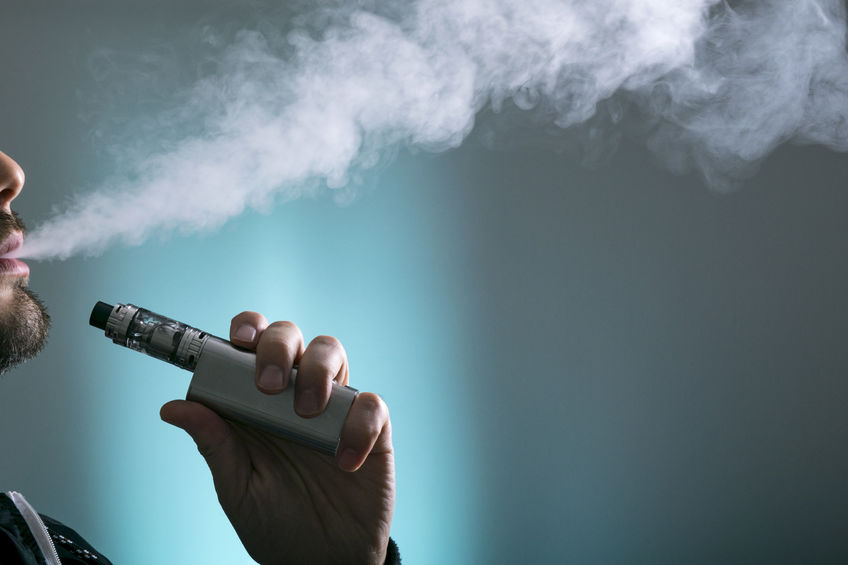 If you have a middle schooler or high schooler, then you need to talk to your kids about the dangers of vaping. Unfortunately, many kids (and even adults) are under the false impression that because they are choosing to vape using e-cigarettes instead of smoking traditional cigarettes, they are making a safer and wiser choice. As a result, we have a major problem on our hands and a future with far more people facing major oral health issues.

Originally, vaping devices were designed to look like electronic cigarettes, but today there are several different tools used for vaping – many that are small and easily hidden from parents. No matter what shape the vaping device takes, they all essentially work the same way. It has a heating component, a lithium battery, a cartridge that holds the flavored liquid, and the mouthpiece. The liquid contains propylene glycol (PG), glycerin, flavorings, and nicotine (or THC, which is the active element in marijuana).

But, the numbers don’t lie. Vaping is very popular with middle school and high school students. Even with the scary stories they see about vaping on the news, it still doesn’t seem to be enough to make them stop. What may get their attention is by appealing to their sense of vanity – vaping can cause nasty oral health problems that are embarrassing.

First, your kids may not think vaping is as bad as smoking cigarettes. Fox News reports, “Federal officials have reported more than 400 cases of serious lung illness that may be tied to vaping,” with many of these victims being treated with a ventilator. With the number on the rise, the CDC and the FDA are investigating the e-cigarette or vaping product use-associated lung injury (EVALI).

But It Also Leads to Major Oral Health Problems

KLTV reports, “Health issues related to vaping do not stop at your lungs. Deep East Texas physicians are warning about oral health issues that people can experience by using e-cigarettes.” If your teens are still drawn to vaping because of the cool factor or the sweet flavors even after hearing about lung issues, it’s time to tell them about what vaping is going to do to their mouth.

Vaping works by heating up the liquid, which contains nicotine, in order to turn the liquid into a vapor that the person then inhales. Matthew Messina, DDS and spokesperson for the American Dental Association, explains, “We’re providing heat in the mouth [which] changes the bacterial presence in the mouth. It dries the mouth out.” And when your mouth dries out, you run into a whole bunch of potential problems, such as tooth decay, inflamed gum tissue, and bad breath.

Kids sadly associate the sweet flavors and smells of vaping with having good breath. However, since vaping causes dry mouth, it will actually cause bad breath. Plus, vaping leads to an increased risk of gingivitis, which commonly causes your breath to smell bad.

Not only does vaping cause dry mouth, but it also softens the teeth’s enamel. When this occurs, you are more prone to cavities and even bigger issues, such as periodontal disease. Periodontal disease is a major concern for vaping teens because it is a condition where your teeth fall out because you lack support. This more advanced form of gingivitis is a health hazard for vapers because the components found in vaporized nicotine form a bacterial breeding ground along the gums.

It’s important for teens to understand that vaping is new, and studies about the correlation between vaping and cancer are just now getting started. However, preliminary studies do suggest a connection. Fox News explains, “One study, released last year by the American Chemical Society, did indeed conclude that vaping chemicals may damage DNA, thus increasing the risk of developing cancer.”

Again, teens think they are invincible, so sometimes the scariest possibilities don’t get their attention as much as the less dangerous possibilities do. Therefore, it is a good idea to tell your teen that vaping will lead to yellow teeth just like smoking cigarettes will. While e-cigarettes don’t contain tar, they still contain nicotine. And, nicotine adds to tooth discoloration.

If your teen is already big into vaping, it is important to understand that it is addictive. Since it contains addictive factors, your teen may need your help with breaking their vaping habit. If your teen is just trying it out, now is a good time to let them know that it will be a difficult thing to quit once they start.

Don’t Forget the Risk of Explosion

Some parents do want to use the shock factor to get their teens’ attention. One way to do so is by telling them about the large number of vape device explosions that have occurred. These explosions tend to occur because of the lithium batteries used to power the device. While they have not resulted in many deaths, they have caused injuries.

According to Perio-Implant Advisory, “There were 2,035 e-cigarette explosions and burn injuries in the US between 2015 and 2017—more than 40 times the initial estimate by the US government. These injuries are serious and often lead to a disfigurement of oral soft tissue.” In other words, when they blow up, they can disfigure the user’s mouth.

At Greenspoint Dental, we strive to provide quality care to all our patients. If your teen is vaping, they need to be seen by a Houston dentist every few months to spot potential problems as early as possible.