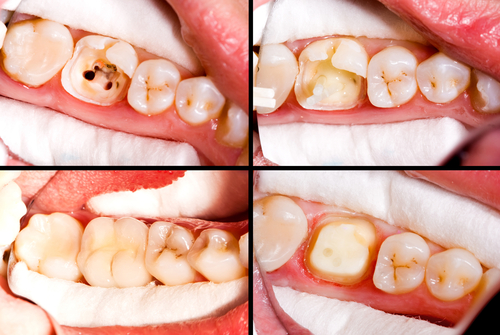 Many people have a long-lasting fear of going to the dentist. Mention a root canal to them, and they are good as gone. Unfortunately, avoiding a root canal procedure can lead to serious pain, oral damage and possibly cause serious illness.

What if we told you that root canals aren’t as terrifying and painful as you think?

ADA news released a research study in 2014, claiming “root canal on a molar tooth” was the second most frequently searched term for dental services. That means the majority of us will probably encounter the possibility of receiving a root canal. So, let’s say goodbye to those fears and improve your oral health.

We’ve solved the mysteries of how and why root canals are claimed to be so painful and debunked the myths that drive you away from seeing your dentist.

When root canals initially were performed, less effective tools and anesthesia were used, which caused an extreme amount of pain. But even then, the end result was the same as it is today: PAIN RELIEF. Now, with advanced technology, dentists are able to get the infected pulp at the center of the tooth without causing pain. A recent study explained, those who have had a root canal procedure say it is “painless” six times more often than those who have not. Don’t knock it ‘till you try it!

Some patients’ teeth break after a root canal, but it is not all due to the actual procedure. As previously mentioned, the pulp is removed as a pain remedy. Then,the dentist fills the empty space similar to a way cavities are filled. Since the tooth is no longer receiving nutrients from the pulp, it becomes brittle and if it is not properly filled and covered with a crown, it is likely to break. Combined with extended use, the restoration process leads to breakage of the teeth, not the root canal itself.

Unfortunately, this is a trusted fact based on a poorly designed research experiment done in the 1920s by Dr. Weston A. Price. He believed tooth extraction was the only safe procedure to fully remove bacteria from the teeth. Conversely, the healthiest way is to preserve as much of the natural tooth as possible. A root canal removes all bacteria and is reconstructed in order to prevent further bacteria to infect the remaining tooth.

You may want to readdress your fear of root canals before it is too late. Extractions are still used in severe cases and are considered the most painful dental procedures. The skilled dentists at Greenspoint Dental are trained to provide excellent care with little to no pain. Contact Greenspoint Dental in Houston, Texas for an appointment to assess your filling options today!