Fluoride: Why Is It In My Water? 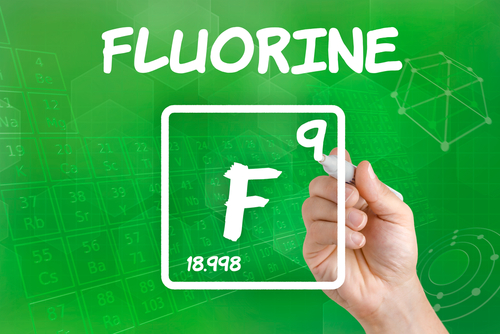 In 2015, the US Public Health Service recommended a new “optimal level” of fluoride in water in order to collectively benefit the oral health of Americans nation-wide. The new recommended level is 0.7 mg/L, compared to previous recommendations of a range from 0.7 mg/L to 1.2 mg/L depending on outdoor temperatures in geographic areas.

Fluoride found in drinking water plays a large part in dental cavities prevalence and severity. Since the initial standard set in the early 1960s, statistics and oral health have significantly improved.

Fluoride in Our Water Linked with Dental Fluorosis

The one true argument against fluoridated water is the potential side effects of dental fluorosis from ingesting fluoride regularly. In mild cases, dental fluorosis causes a white mark along the bottoms of your teeth. In severe cases, teeth can rot and form crevices. Dental fluorosis has a short time to reveal itself, as it can only manifest when the enamel is still in the forming stages – usually from birth to age eight. To combat the idea of completely removing fluoride from water to avoid dental fluorosis, the National Research Center proved that if less than 2 mg/L of fluoride is found in water, the chances of severe tooth rot is near zero and statistically insignificant.

The ultimate conclusion from the U.S. Public Health Service states that with no more than 0.7 mg/L of fluoride in water, dental cavities will be successfully prevented with the lowest risk of dental fluorosis possible.