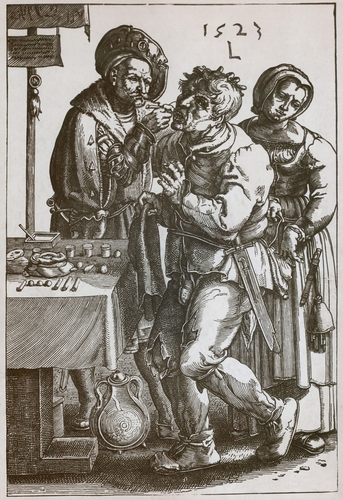 Dentistry, unlike other modern fields of medicine and technology, did not sprout up into existence over the past several centuries. As early as 5000 BC, the American Dental Association recorded on their timeline, a Sumerian text described “tooth worms” as the cause of dental decay. Of course, tooth worms do not actually exist, but this is evidence that humans were inspecting ailments of the mouth and teeth in 5000 BC — ancient dentistry.

Since then, dentistry made bold steps forward through history, advancing in technologies and treatments, humans learned more and more about their mouths. Many have contributed to dentistry’s engine of progress, but there are a few individuals who rose above others as true masters and innovators in the dentistry field. Perhaps one of the greatest dentists in history was Pierre Fauchard.

Who was Pierre Fauchard?

Fauchard was born in Saint-Denis-de-Gastines, France, in 1678. As a young man, he joined the French Navy, where he was introduced to dentistry by one of his superiors. After noticing the dental ailments that his fellow sailors suffered while at sea, he went on to study at the University of Angers Hospital, where his skills flourished. He referred to himself as a “Chirurgien Dentiste”, which translates to surgical dentist. This was significant for his time, as most 17th century dentists removed teeth instead of treating them.

However, Fauchard is more widely recognized for his prestigious title: “The Father of Modern Dentistry”.

What did he do?

What exactly did Pierre Fauchard do to earn himself a name? From his beginnings at Angers, he brought unprecedented genius and innovation to the field of dentistry. Despite poor conditions and technologically-lacking tools, Fauchard was able to improvise and create dental instruments to use in his practice. He discovered new ways to treat dental ailments and founded new methods to replace lost teeth. However, he was also remembered for his book, “Le Chirurgien Dentiste”, which translates roughly to “The Surgical Dentist”, published in 1728. This book rocked the foundations of the dental practice of his time, bringing completely new ideas and innovations for dentists across Europe to discover.

Why was he important to dentistry?

Pierre Fauchard started dental work that laid the foundations of dentistry as we know it today. For example, Fauchard was the first man to truly experiment and work with dental prosthetics, which is the field of replacing missing or damaged teeth with tooth fillings and other artificial substances. He made many claims dentists still accept today, such as the fact that high consumption of sugar is linked to dental cavities. Additionally, he invented the first versions of many tools used by dentists across the globe today: braces and dental drills.

Clearly, this man had an indisputable effect on modern dentistry
Do you find dentistry as fascinating as Fauchard did? Greenspoint Dental can help answer any questions you have and provide valuable information about your own dental health. Contact a dentist in Houston Texas today!